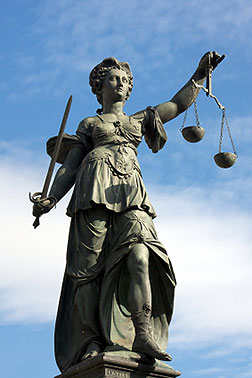 One of the most important decisions one has to make when faced with legal troubles is choosing the right attorney. Our lawyers combine extensive knowledge of Illinois law and years of experience in trial courts to attain the most favorable outcome. You can rely on our thorough knowledge of the law as well as courtroom experience to fight for your best interest, protect your rights, defend your freedoms and achieve the best possible outcome in your case.

Liam Dixon opened his first offices in 1999 in both Aurora and Elgin. Liam has represented judges, other lawyers, police officers and professionals as well as gang leaders. He was appointed by the chief judge of the circuit to try the first dual jury death case in the county. He has been constantly improving his skills as an attorney through training as a field test operator or seminars in scientific principles in crime scene investigations. From traffic tickets, drug cases, or violent crimes including murder, Mr. Dixon has shown his tenacity in taking cases to trial when necessary and working out favorable for those cases where appropriate.

Sarah Gallagher Chami began her career as an Assistant State’s Attorney in one of the busiest criminal court systems in America. Serving as an Assistant States Attorney in both Cook County and DeKalb County for over a decade, she moved up through the ranks gaining valuable experience and insight.  Sarah has tried hundreds of motions, hearings and trials. In her time as the Chief Civil Assistant she successfully argued matters before the Second District Appellate Court and Northern District of Illinois. Sarah’s diligence and determination are remarkable. She is an outspoken advocate on behalf of her clients.

Liam Dixon and Sarah Gallagher Chami are both second generation lawyers, having learned at the footsteps of some of the supreme legal minds in Northern Illinois. Liam’s father was the late Judge Patrick Dixon who earned and nurtured a reputation as one of the wisest and fairest judges. Sarah’s father was the late Judge T. Jordan Gallagher who was known for his intellect, common sense and demeanor. It is through the long time friendship of these two great men that the law firm of Dixon Gallagher Chami, LLC has been formed.